From Burkina Faso to Machu Picchu and Monferrato: international hospitality

Every edition of Terra Madre (and Cheese!) sees hundreds of our international delegates hosted by families from across Piedmont in a special cultural and gastronomic exchange which enriches every node of the Slow Food network. Here, we tell the stories of some of the hosting families.

Raffaella has been hosting Terra Madre delegates since 2008: “It’s a chance to open up to what’s beautiful in this world. From Burkina Faso to Machu Picchu to Monferrato, we love all the Earth.”

Since 2008, for one week a year, a Piedmontese village of 300 people becomes home to people from every corner of the world, transforming the quiet hills of Monferrato into a vibrant cultural crossroads.

This is all thanks to the Hospitality Project of Terra Madre, which is being held this year for the 9th time, where delegates from the international Slow Food network coming to Turin for Terra Madre Salone del Gusto (from October 8-12 at Lingotto Fiere) are welcomed into the homes of citizens across Piedmont.

Capriglio and the surrounding villages are one of the more active areas. “The first time I hosted a delegate was in 2008,” remembers Raffaella Firpo, one of the producers of the Capriglio Pepper (Slow Food Presidium). That year, the delegates who came to their village where from Colombia: “Our son was there for his civilian service and we wanted to get closer to their culture, too.”

AFRICA AMONG THE HILLS OF MONFERRATO

The experience left its mark, both in Raffaella and the local community: “They were five wonderful days. We were all enthusiastic about it, to the point that word spread to nearby towns and at the next edition of Terra Madre in 2010 some of them got involved with the project too, like Castelnuovo Don Bosco, Montafia, Aramengo and Pino d’Asti.”

From that moment their local hospitality network continued to expand, and in recent years has hosted around 50 people. At Capriglio they’ve hosted delegates from Morocco, Cameroon, South Africa and Zimbabwe: from one end of Africa to the other, all brought together in Piedmont.

“It’s like a school trip. Each morning after breakfast all the host families accompany the delegates to Castelnuovo, where the buses leave for Turin,” Raffaella explains. “On the way back, for dinner, each village does it a little differently: at Capriglio for example, we organize a meal all together in the old nursery building, which becomes a sort of friendly competition between the most unusual products the delegates have brought from their own countries and our own local specialties, which are often very unusual for them too!”

A BOND THAT UNITES 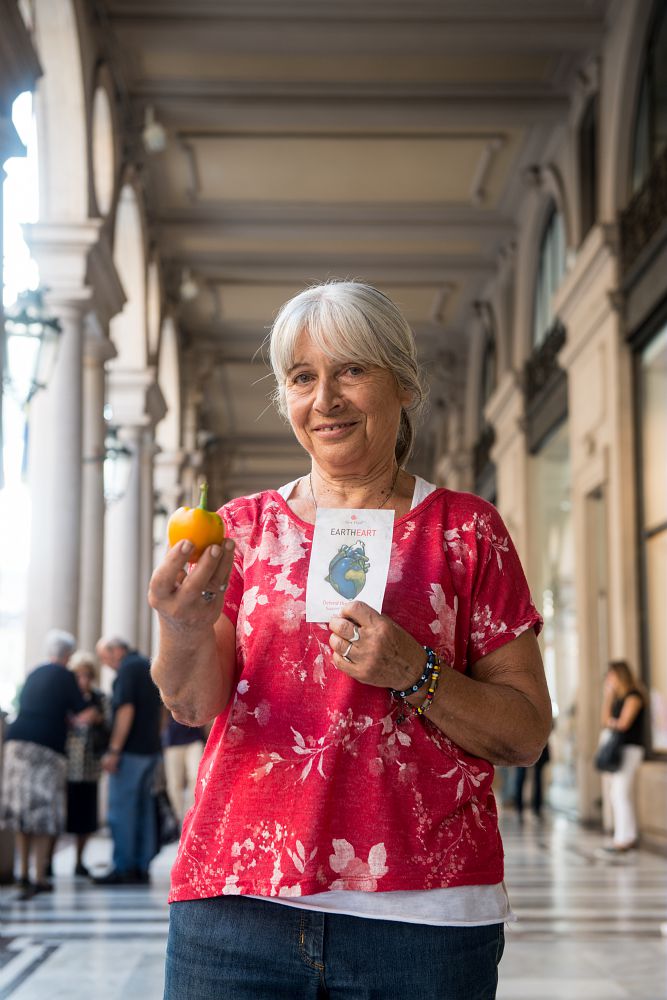 “The best thing about it is the relationship we have with the people who come here. They’re simple people, in the most positive sense of the word, and therefore very open. From the first year we took part we’ve felt a special link with the Terra Madre network, both with the delegates and the hosting families, a relationship born of our mutual love for the earth. We’re all aware that we’re part of something which is much bigger than us, and what unites us is our attempt to take care of our world in the most respectful way possible.” An approach that’s the same in Capriglio as it is in Burkina Faso, at Macchu Picchu or in Australia, which allows the delegates and their Piedmontese hosts to overcome any obstacle–for example, language.

“Among the people of Capriglio there’s nobody that speaks a word of English,” Raffaella jokes, “yet we understand each other. Thanks to the Hospitality Project I’ve discovered that gestures are sufficient when talking to farmers, fishers and artisans.” To point that, after months or even years, the bonds formed here on the hills of Monferrato are still strong.

“Even after all this time we continue to send each other emails to ask how we are and exchange well wishes. My advice to those who are undecided about whether to take part in the project is not to be afraid. I think it’s a great occasion to meet new people and discover all the beautiful ideas which you can only hear if you talk to people from all over the world.” Like during the traditional Saturday night party, when the experience is close to a close, and a community dinner is organized with all the delegates. “It’s not unusual to end up dancing to the music that the delegates bring with them from different parts of the world. I’m really in love with this project!”

africahospitalitypiedmontTerra Madre Salone del Gusto 2020
Cookies help us deliver our services. By using our services, you agree to our use of cookies.Ok