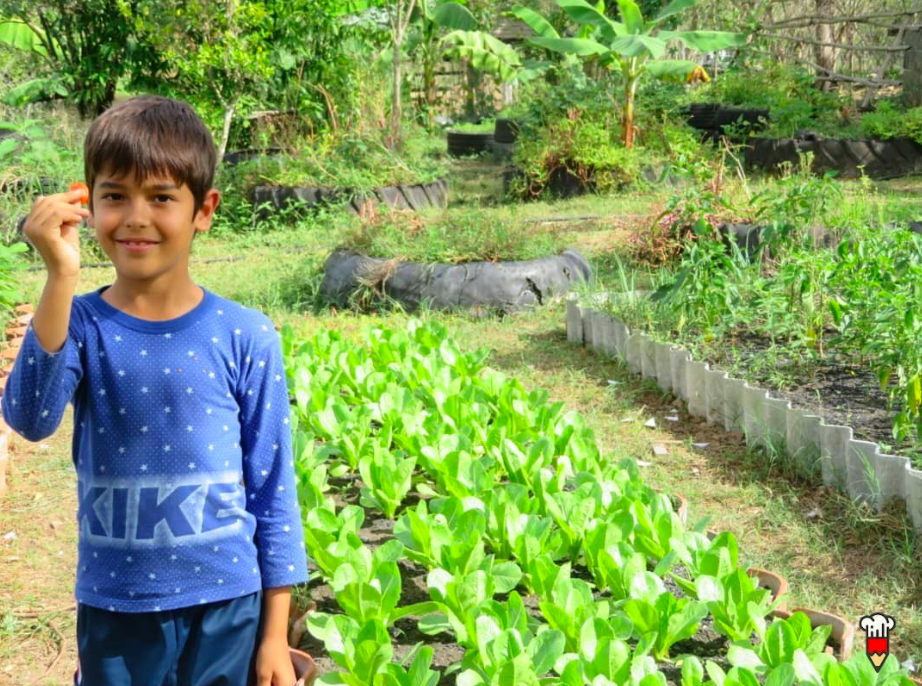 SARS-Cov-2 is everywhere by now, even in Cuba, and it arrived there rapidly. But just as rapidly, human beings are working to implement forms of resilience that often go beyond curing the disease. We’re trying to find responses to what has happened, analyzing our responsibilities.

Here, we’re putting the resilience of the communities of Slow Food and Terra Madre on center stage; communities for whom resilience is not a novelty.

We’ve received a beautiful testimony from Cuba, a collection of actions and experiences, and that’s where we’ll begin, with the words of Nélida Pérez, communication coordinator for Slow Food Cuba.

“Coronavirus was a sort of wake-up call from the Universe. It’s put us on a new axis, completely unknown, which must be confronted by humanity. Wars, famine and climate change weren’t sufficient to put the brakes on our impulse for destruction; our blindness for money, the madness and ambition to dominate have caused humans to destroy the planet. Now we have a challenge, and it’s time to put new energies into our actions and at the same time to take up new arms: solidarity, intelligence, and unity. The same arms which are the basis of our country.”

To live sustainably is possible, and this is evident in Cuba. If we talk of survival and sustainable development, the Cuban people have a lot of experience, and the stories of the members of Slow Food communities in Cuba show it. In the words of Madelaine Vázquez, a local Slow Food leader: “They’re simple things, but great things.”

The Frutas del Caney community has developed training seminars to encourage organic cultivation in courtyards, on balconies and in small spaces, and has even created vertical gardens using recycled plastic bottles. Other training course focus on preservation techniques for food so people can stock their pantries with reserves, and to cope more easily with quarantine. Thanks to these preservation techniques, lots of people are now able to donate their preserved foods to those who don’t have any. 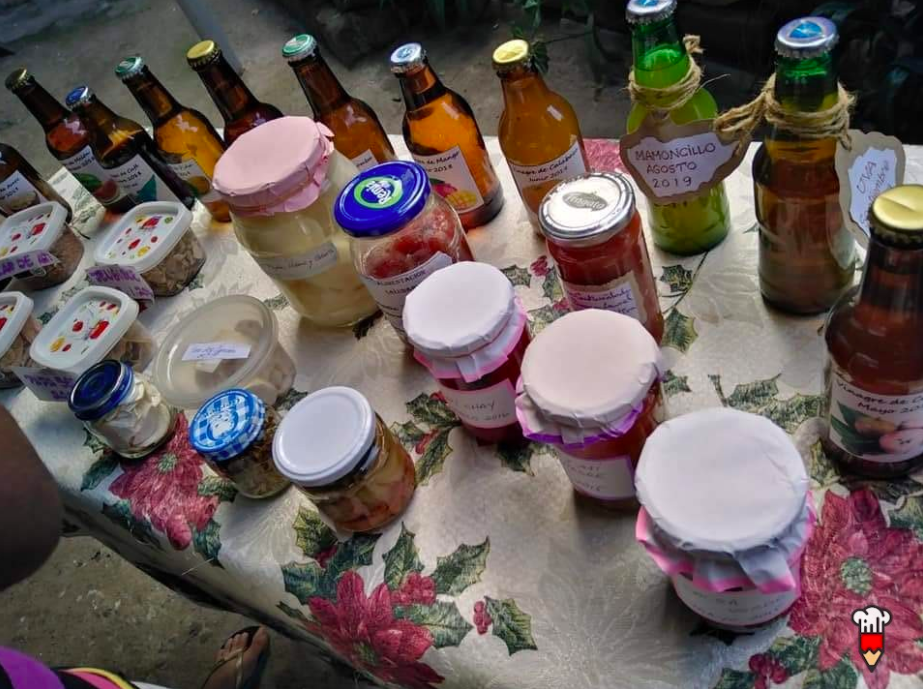 This isn’t the first time this has happened. The Frutas del Caney community has shown its generosity and solidarity in other critical situations, for example by supporting the population of the Baracoa region after it was a hit by a tropical cyclone.

Today, many members of the community are sharing their recipes, promoting the preparation of preserves that can be made and used during this era of social distancing and isolation.

YOU CAN PLANT A SEED IN A BOTTLE OF WATER

Mildred I. Obourke, of the Slow Food PlasSiga community, is active in local networks and particularly with her own group Mildred MAS Alimentos Sanos.

“The local Slow Food community is mobilizing to assist local authorities to deliver food, and to sell it at a fair but accessible price. It’s also calling attention to the importance of using all our knowledge, all the types of technology we have at our disposal to encourage people to plant all sorts of foods and medicinal plants in their homes. 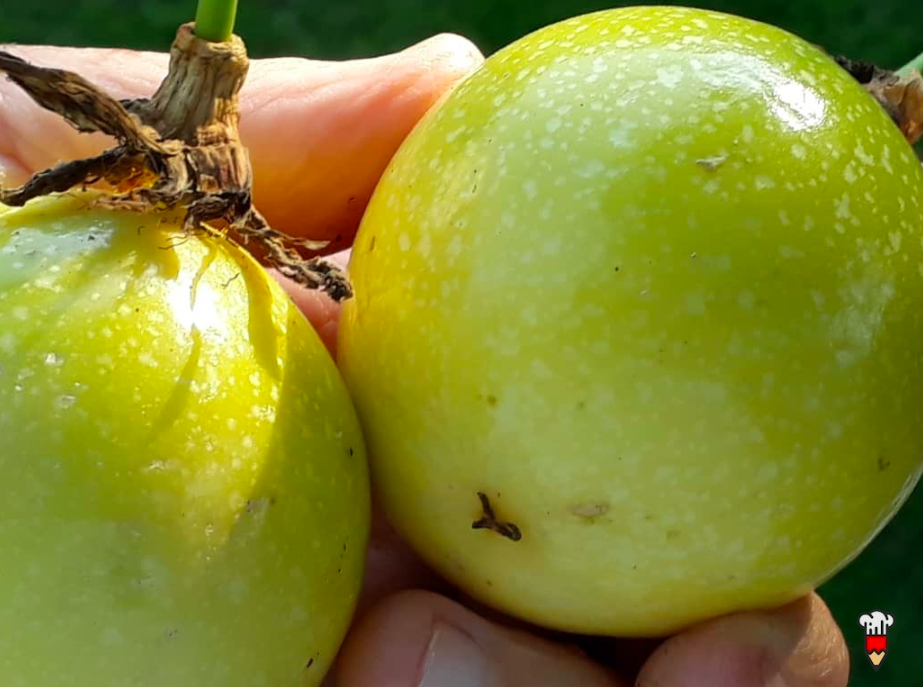 “Small agricultural companies have enormous potential, and there are innumerable things we can learn to do. It’s possible to plant a seed in a bottle of water, and to create small vertical gardens; in an apartment building courtyard you can, with a little effort, grow garlic, coriander, chili peppers… the fences are also well-adapted to supporting climbing plants.

“Carlo Petrini has asked everyone to have a plant in their home and underlined that this is a revolutionary action. I agree, even though I don’t have a big garden or much knowledge. But my little garden gives me chili peppers and chives to spice up my plates, and passion fruits which I make juice from. The coriander, tomatoes, dwarf bananas, mint and moringa are shared with my neighbors. And I hope this year that my lemon tree will finally become productive.

“In Cuba, there was a time when urban, suburban and family agricultural was widespread, and cultivated courtyards proliferated. Many people developed a structure and organization, but today everything has slowed down. Today we need to restart from here, as well as making access to organic fertilizers, richer soils and successful experiences all possible.”

In the center of the island, La Finca del Medio is, now more than ever, an example of resilience to follow, not just as an ecological farm but as a community in general. Regarding the community, Leidy Casimiro says: “Our journey started nearly 30 years ago in a semi-desert terrain. Everyone had emigrated to the city or to other countries, and our farm suffered because of the bad, conventional practices adopted up until that time. Today, we’re giving hope to all those who know us.

“We started literally from zero, regenerating the soil, building our own tools, experimenting and innovating with appropriate technologies for the use of renewable energy. The work of the family is a great strong point. We developed a project “La idea sobre la mesa” (The idea on the table), showing the natural development of food, from seed selection to tasting, becoming spokespeople for a new agricultural philosophy that can be seen, smelled, touched and tasted, as in an art gallery.”

THE POWER OF A RECIPE

In these days of quarantine, recipes warm our hearts – let’s not underestimate their value! – which we’re sharing on our social networks across the world. And so we leave you with the biscuits of Bertha Rivero, and invite you to try them for yourself. 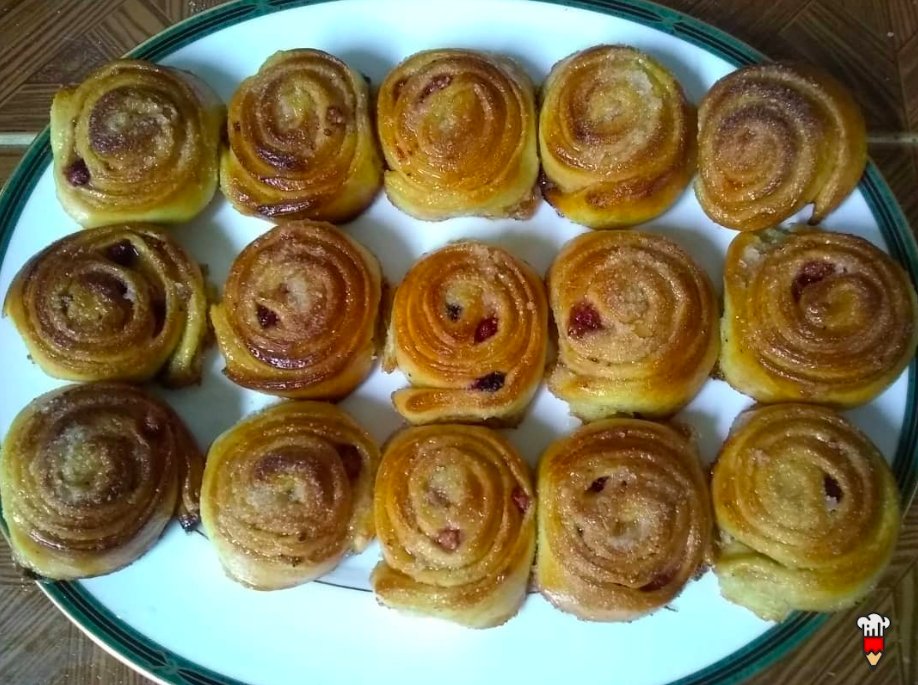 Mix the butter (or butter-oil mix) with the sugar, then the yolks, mixing again, and then the flour, the milk and the yeast, mixing until the dough is homogeneous, smooth and airy. With a spoon, arrange the biscuit shapes on a greased pan, sprinkle some more flour on top and shake them to remove excess flour. Put them in the oven for 8-10 minutes at 180°C / 350°F, or until they become golden brown – careful not to  cook them too long or they’ll become very hard. Remove from the oven and allow them to cool (after cooling they’ll become crunchy).

This article, which has been partially adapted, was written by Reiner Lopez, of the Comunidad de Crítica Culinaria y Periodismo Gastronómico de Cuba

communityCubaterra madre community
Cookies help us deliver our services. By using our services, you agree to our use of cookies.Ok