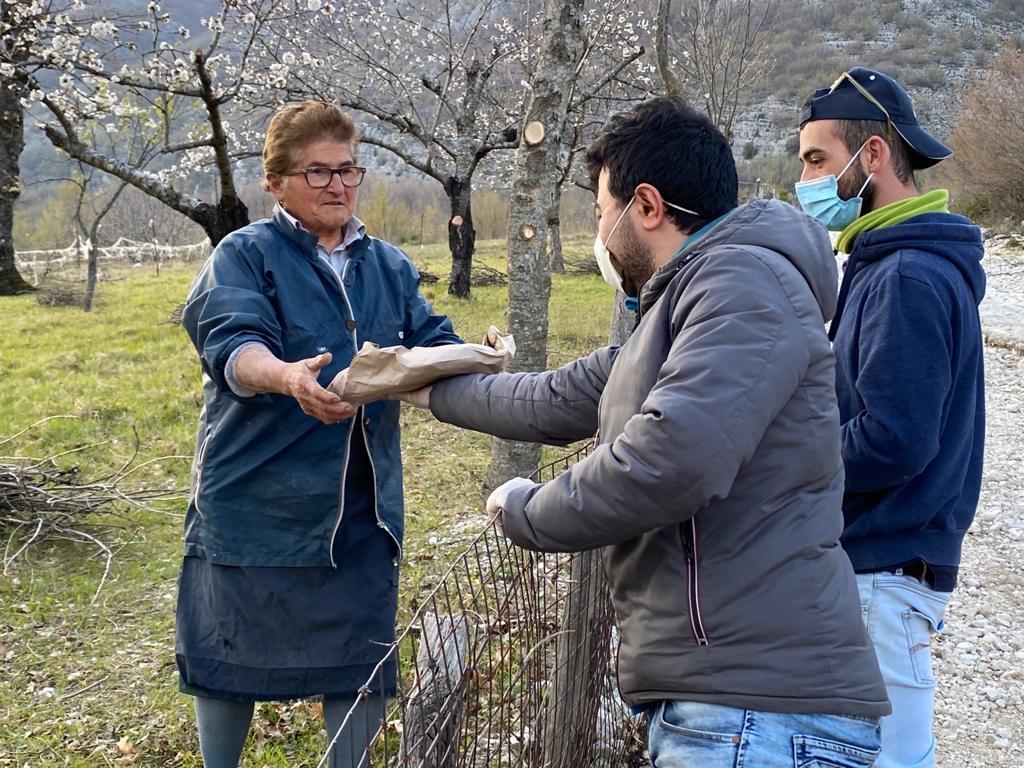 The Bread of Monte Mutria, a symbol of community

Cusano Mutri, Civitella Licinio and Pietraroja are three small villages on the border of the Italian regions of Campania and Molise, each with a population of around 4000.

Here in the Matese mountains we find a perfect example of the traditional knowledge of highland ecosystems, cultures that have resisted and thrived despite the significant depopulation which has affected the area in recent decades.

The rich gastronomic culture of the region includes the Slow Food Presidium of  the Samnite Verneteca Cherry Tomato. The cultivation of this fruit, carried out with the help of supportive poles and wires, is entirely manual. They’re grown from May to September, and harvested between August and September. Just a few hours after being harvested the tomatoes are tied together with string, forming large bunches which are hung up in well-ventilated spaces like balconies or rooftops, where they may be conserved until the following spring. 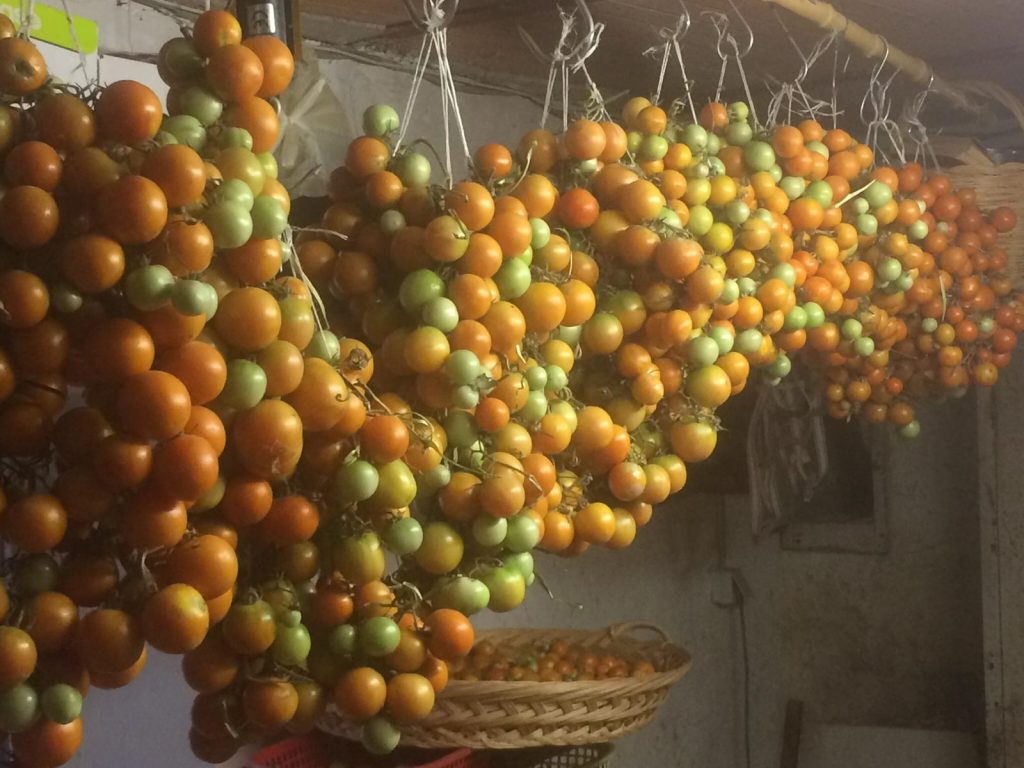 The verneteca tomato isn’t the only local specialty. There are local cheeses like caciocavallo impiccato and fiordilatte made with the milk of cows who graze on enormous pastures, cereals for making beer and pasta, the Matese potato, the guardiolo tomato and the fagiolo cerato (waxed bean). There are also efforts underway to relaunch the historic prosciutto of Pietraroja, a splendid product which was once a Slow Food Presidium, but fell by the wayside for lack of producers.

The wealth of this land is further enhanced by its forests and generous soils which treat us with truffles, chestnuts and many types of edible mushrooms – porcini, chiodini, gallinelle and prugnoli – which are at the center of an annual food festival visited by thousands.

THE GUARDIANS OF MONTE MUTRIA 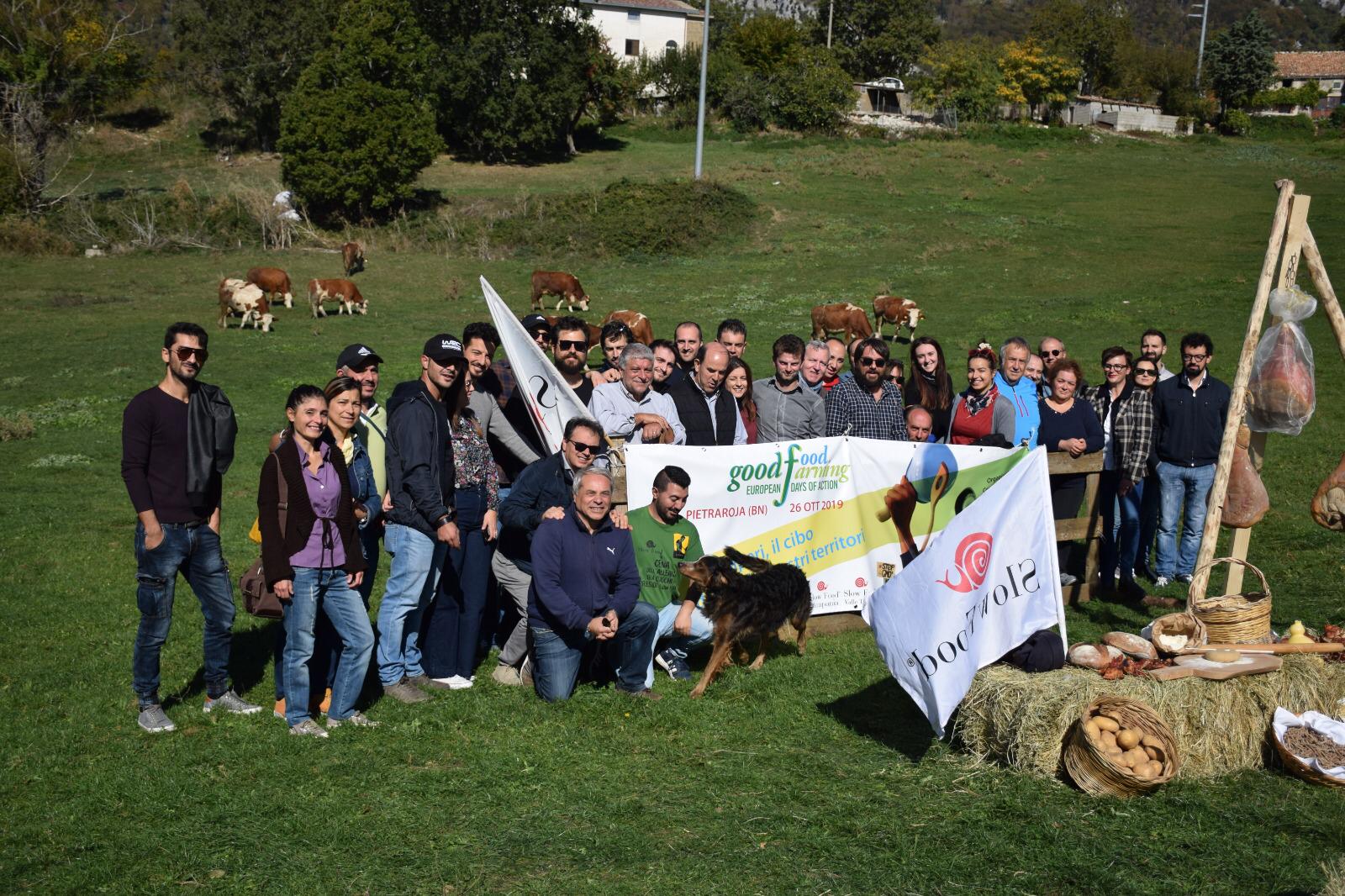 The community of the guardians of Monte Mutria.

Just as the mountains “survey” the land below, the local people are the custodians of the mountains, keeping them alive and maintaining their beauty.

This is the goal of the Guardians of Monte Mutria, a Slow Food Community founded in autumn 2019, as well as the Slow Food Valle Telesina convivium. Their mission is clear, as Giovanni Civitillo, a young pizzaiolo of the Slow Food Cooks’ Alliance, tells me. “With our work we’re protecting and promoting local biodiversity. I do it as a pizza chef, as do the wheat farmers, the cheese-makers of Marcantonio, the Brasseria del Matese brewery, the Dolce Sosta pastry shop, and other farms like La fattoria dei sogni and Della Rosa. Even the other part-time farmers who don’t live exclusively off the land are part of this project, as the whole convivium is.”

They’re activists, too, and they take part in Europe-wide campaigns which put the spotlight on the well-being of farmers who’ve continued to make sure there’s food to eat during these hard times of lockdown.

Bread delivery during the Covid-19 pandemic.

“With the Covid emergency we launched a project: bread for everyone. With the closure of restaurants, the isolation and worsening problems related to food access we put our heads together. We got our hands on grain, on wood, on ovens. Then three times a week we baked bread, and with the help of the council and the Civil Protection Department we were able to donate it to every house in Cusano. We gave priority to larger families and those for whom the lockdown of commercial life found themselves in dire straits while waiting for government help. And we continue to do it, even as, little by little, local businesses are once again finding a little breathing room.”

In this community the moscia, a traditional bread of Benevento, soft and fluffy, is once again a unifying symbol. It’s reached every home, been broken by hand, shared and eaten together. It’s a gift for everyone in a community that doesn’t want to leave anyone behind. A community which is slowly raising its head and beginning to reorganize.

Highlandsitalyslow food communitiesslow food cook's alliance
Cookies help us deliver our services. By using our services, you agree to our use of cookies.Ok