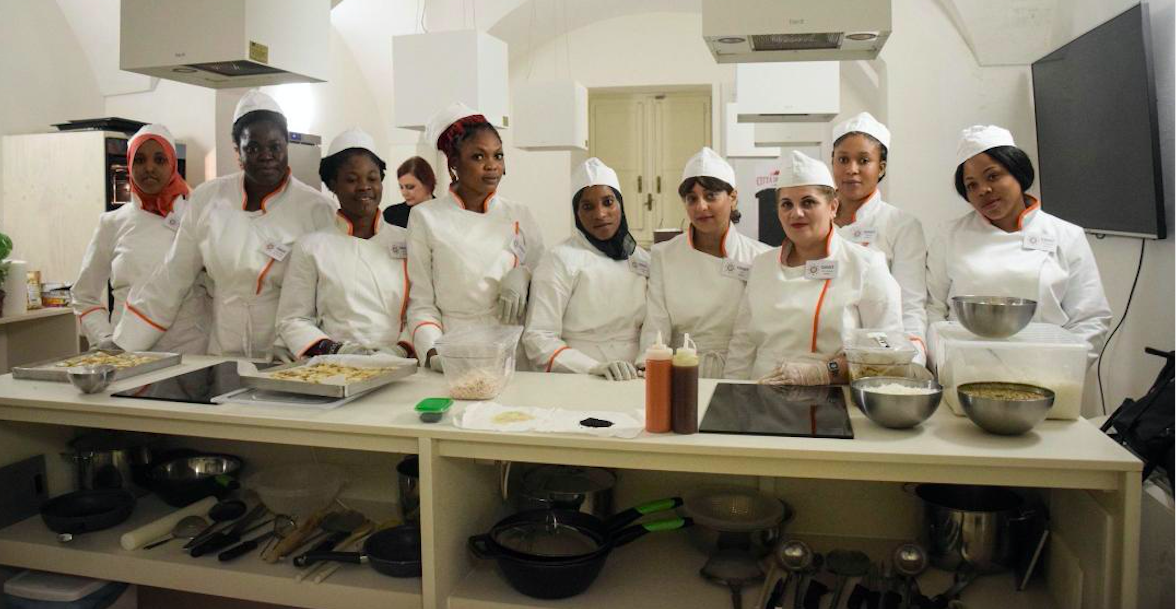 The Griot of Carmiano, raconteurs of gastronomic tradition

In West Africa the griot was – and is – a poet, singer, musician and actor and storyteller: a living repository of oral tradition.

The Griot of Carmiano, a town in the Salento peninsula not far from Lecce, are raconteurs of gastronomic traditions – and they don’t all come from Africa.

Khadia is from Mali, Bisharu from Somalia, Abran from Côte d’Ivoire, Rita, Sandra and Esther from Nigeria, Ani and Armine from Armenia. They weren’t all culinary experts when they met, but classmates on a course in the local cooking school. The school is situated in a five-hectare green space, a garden that was supposed to be cultivated starting in March of this year: but then Covid arrived. 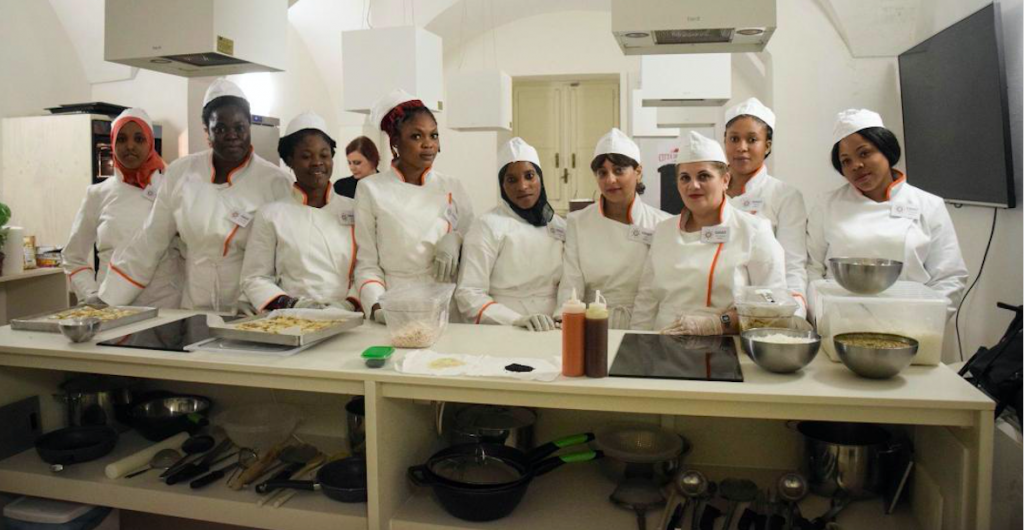 Last summer they worked with professional cooks to identify the most interesting typical dishes of their home countries. “In the cookery classes they worked to convert the original dishes into finger food. We studied three ways of blending everyone’s different tastes, even those who were wary of unusual combinations, like fish and meat in the same plate, or those who were sensitive to heavily-spiced cuisine,” says Fabrizio Chetrì, the manager of the project, which is also a Slow Food community: Griot – Comunità multietnica.

“We developed these recipes in their original versions, a fusion version and a Mediterranean version. In October last year we launched the project officially. Since then, even just through word-of-mouth, our catering business has taken part in lots of events: for example on the Peoples’ New Year’s Eve, which brought together Salento natives with resident immigrant populations, and at the evening Conversations on the future of Lecce, where Griot food was served alongside the beers of the social brewery Sbam.”

Griot is a diversified workshop with a wealth of ideas and skills on hand. In the Carmiano community there are young people keen to start organic farming, elderly people who to take part in active ageing courses, members of the Lecce convivium, carpenters, tailors and many other professionals. Putting all their talents together, at Christmas they made solidarity hampers with fusion panettone and artisanal migrant products. 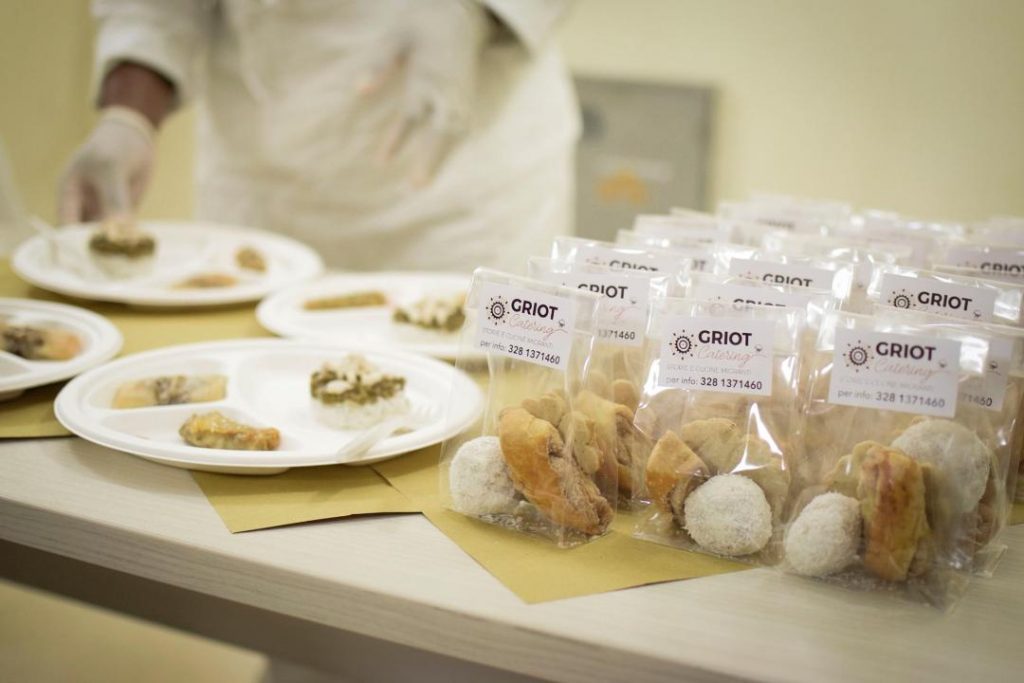 FROM THE KITCHEN TO URBAN AGRICULTURE

The best, however, is yet to come. “It’s not always easy to get hold of the right ingredients. Most of the time the women find them in the ethnic shops in Lecce. But having the park space available, we wanted to do something more, and plant aromatic herbs and other vegetables from their countries of origin.” An ambitious project, one that mixes urban agriculture and redevelopment of the local area, promoting multicultural biodiversity, rural traditions, social inclusion and evolution.

Given the success of delicatessens even during the period of lockdown (some producers have doubled their output in order to satisfy the needs of local families) the idea of putting a catering business and a small multicultural bodega together is gaining strength: this way they could offer a take-away service, and make it even easier for local people to taste dishes like chicken breast gambura from Mali, Moroccan rice pasta dumplings with a sweet-and-sour ragù; Armenian cabbage rolls with tomato and coriander, to name just a few.

There are more training courses on the horizon too, like the ones which got the program off the ground in the first place. These have numerous objectives: they will allow the women to meet local food producers, so that the recipes can be made more and more often with local, high-quality ingredients. At the same time, it will allow the women themselves to become teachers and share the cuisine of their countries of origin with local people. 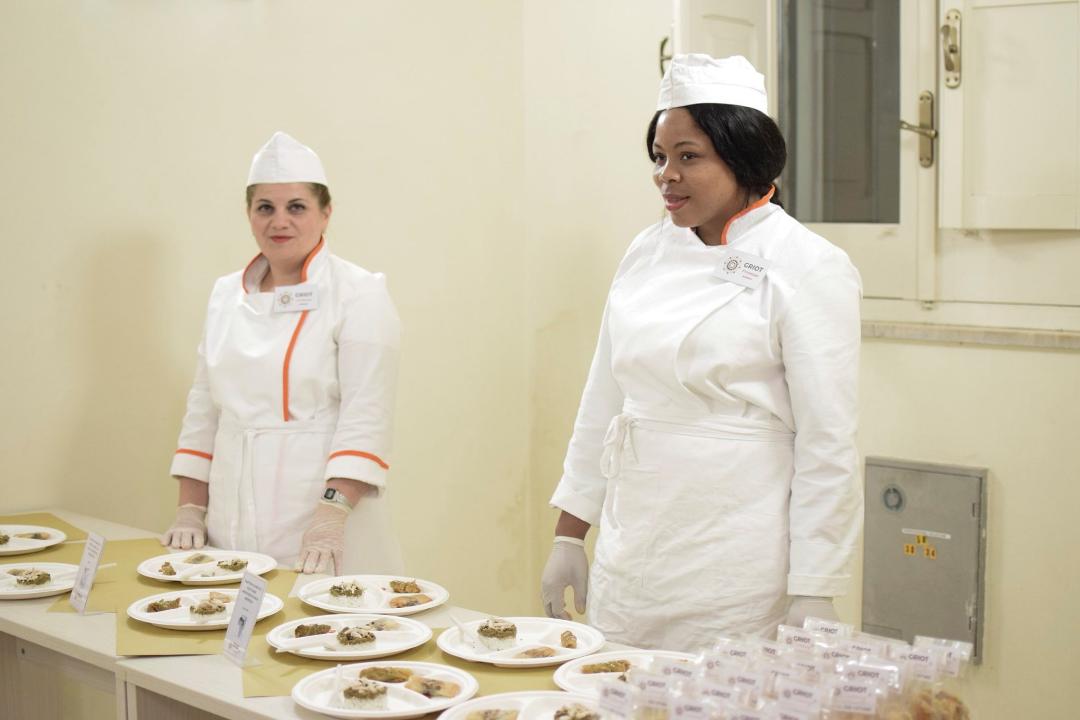 Now – as is the case with so many businesses – Griot’s activities is temporarily suspended. They had prepared the soil, but Covid-19 didn’t give them enough time to sow crops in their new garden, nor to continue with other activities like events or planning a new delicatessen. It’s only been through distance learning that they’ve been able to keep their hopes up. Every Monday they’ve organized a delivery of shopping kits so that together, via Zoom, they could cook and socialize at the same time.

The hope is to be able to take up a wide range of practical, collective activities: because the land and the kitchen require practicality and conviviality. They require the pleasure of being together.

italyPugliaSlow Food communityurban lands
Cookies help us deliver our services. By using our services, you agree to our use of cookies.Ok