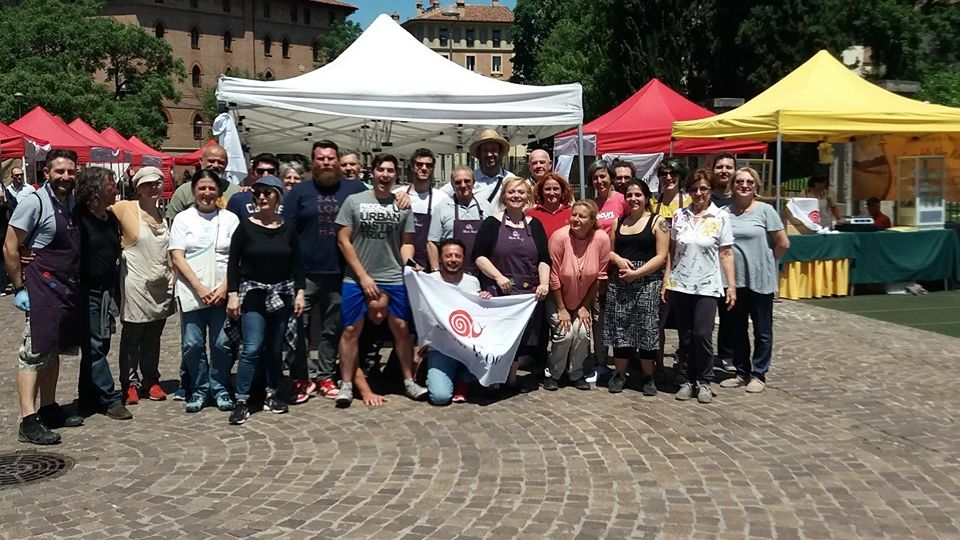 The power of the farmers’ markets in Bologna

The local convivium of Slow Food Bologna is involved with three farmers’ markets across the city, though for now there’s only one Earth Market: the mercato del Novale.

The Novale market is located in the heart of the old town, and since May 2017 it’s been held every Sunday morning, bringing a wide variety of products to Piazza Giosuè Carducci – from fruit and honey to cheeses and oils, as well Slow Food Presidia like Bolognese Traditional Cooked Cured Meats and Classic Mortadella.

THE MARKETS BOLOGNA: FROM THE CENTER TO THE SUBURBS 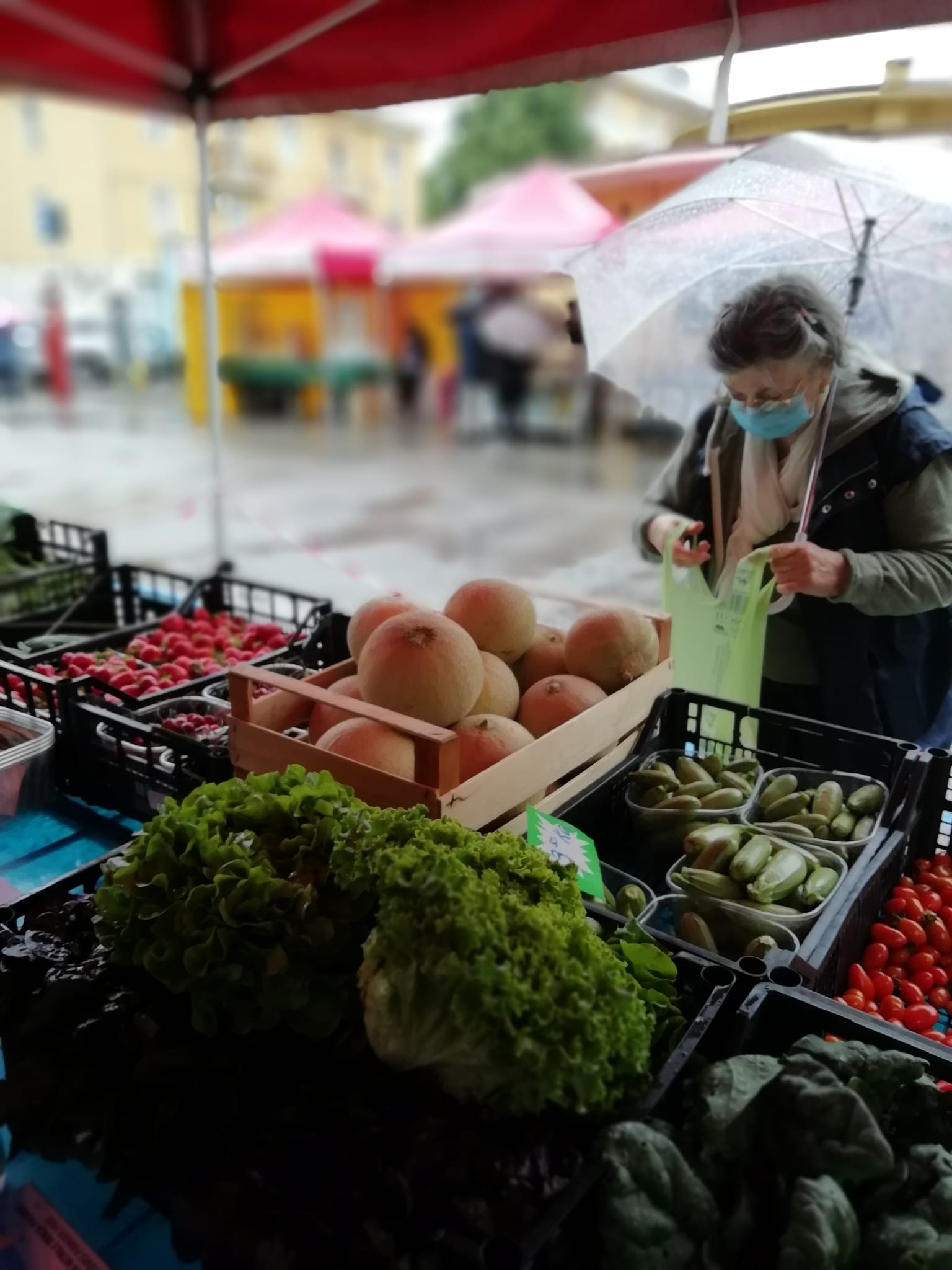 The Ex-Dazio market is held in a very different area: the Corticella district in the north of the city, five kilometers from the old city walls. These are the real outskirts, an area populated mostly by the elderly and by migrants, where access to fresh, high-quality food is sorely lacking. There are no small grocers left: the supermarket is the only option. All traces of the old circular economy have disappeared, which was based on self-sufficiency and local agriculture, yet it wasn’t very long ago that areas like Corticella were practically autonomous in terms of their food supply.

The Ex-Dazio market opened less than a year ago on October 31, 2019, and was just slowly beginning to build up a base of regular customers. They learned of the market mainly through friends and relatives, as word spread through the neighborhood that every Thursday morning there was a place to buy fresh food directly from the people who made it.

There’s also another market called Le Stagioni della Salute (The Seasons of Health), the smallest, and most complex of the three, especially in the wake of the Covid pandemic. It was held every Friday inside the Sant’Orsola-Malpighi hospital, which hosted a ward for Covid patients during the height of the pandemic.

This was a market frequented by a highly diverse set of customers. According to Antonella Bonora, the manager of the farmers’ markets in Bologna, “the regular customers were the hospital staff, the families of the patients and even the patients themselves when they were able to, as well as the people living in the local area who’d learnt about the project: when they wanted high-quality fresh food, they came here.”

As with all places of congregation, markets have been prevented from opening since March due to the restrictions in place to stem the spread of the virus. Social distancing has brought with it a sort of distancing from daily life, and from all the habits, great and small, which make up our lives.

But as in so many other cases, here in Bologna there has been an immediate reaction, a demonstration of the city’s ability to adapt in a short space of time to the new and unprecedented reality. As Antonella puts it, “It took us 4 or 5 days to reactivate the channels of sale so we didn’t cut this direct relationship between producers and consumers completely. At the beginning the producers who signed up to the delivery project were few in number, just five, but from March to April that number grew to 25. The deliveries covered all the bases: from fruits and vegetables to cheeses, egg, beer, oils and the products of three local Slow Food Presidia. The only things we weren’t able to guarantee were fresh meat and fish, for which the logistics were particularly complicated.”

A significant commitment, which has solidified in an empirical and artisanal manner. “We publicized the project through our social media. Two producers in particular – Matteo Scarpellini, who grows San Luca Violet Artichokes and the Benessere cooperative, who work with the company in Sicily that provides our organic oranges – took on the responsibility for making deliveries. We were dealing with around 200 individual deliveries a week from the beginning of lockdown, and this number rose to over 300.”

This is certainly a result to be proud of. “Nobody had to stop producing, nobody suffered damages. We were even able to make contact with new customers, who discovered us during the lockdown. We had been worried above all for the Ex-Dazio, but even in that case the sustainability and integrity of the market is clear to see. Now it’s reopened and we’ve seen a return of customers on foot as well as others who continue to order food for delivery.”

Let’s not forget that solidarity has been – and should continue to be – a central theme throughout the period of the Covid pandemic. The Slow Food convivium in Bologna and the markets it supports have begun a collaboration with an NGO, Servizio Accoglienza alla Vita (Welcome to Life Service), to guarantee access to fresh food to single mothers and families in economic difficulty: a wonderful way to demonstrate solidarity, even at a distance. 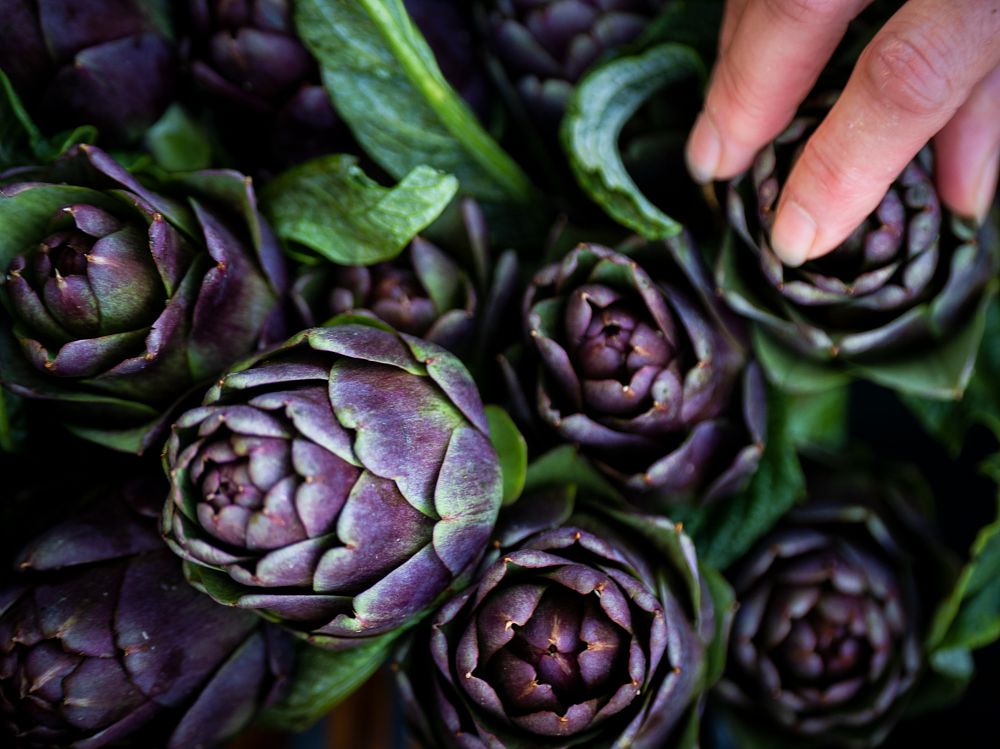 The situation seems to slowly returning to normal, at least insofar as it can. The markets of Novale and Ex-Dazio were able to reopen almost a month ago. “Entrance to the market is limited to a set number of people, there’s a line to get in, and though everyone wears a mask we can tell there are some new faces: they belong to people who learnt about us through social media during the lockdown.” Meanwhile, at the hospital market of Sant’Orsola will reopen soon, as requested by the hospital itself. It will have a new location in the open air, to ensure peace and quiet, but otherwise it’ll be business as usual: guaranteeing access to quality food to patients, their families, hospital staff and the local community.

It’s true: nothing will return to how it was before. And we won’t be able to erase the pain and the difficulties caused by Covid-19. To do so would be an unforgivable mistake. But we know that there are wonderful projects around Italy and around the world, who are resisting and forging a new path forward with heart and soul, perhaps even stronger than they were before. The farmers’ markets of Bologna are thankfully just one among many.

earth marketsitalyMercati della Terraurban lands
Cookies help us deliver our services. By using our services, you agree to our use of cookies.Ok